Words On The Street 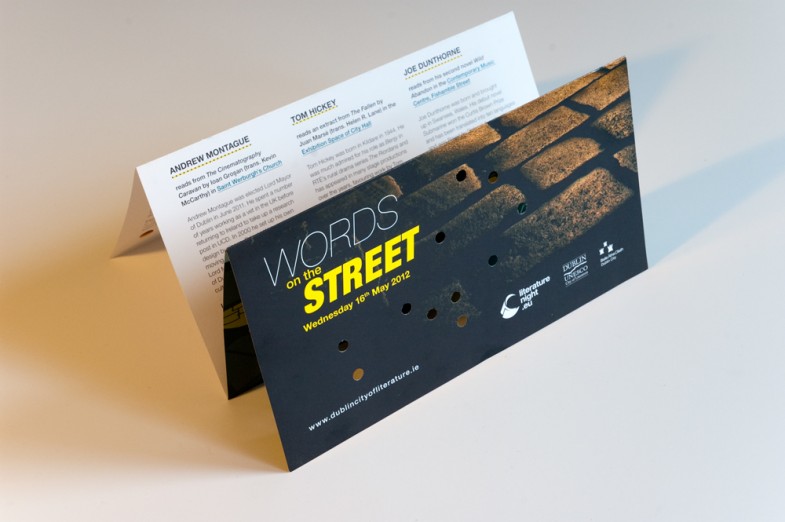 Client – Dublin City Public Libraries (DCPL) has an expansive remit. They connect with their target audience by offering excellent facilities through enthusiastic and committed staff right across the city. And they regularly demonstrate real innovation in their attempts to capture and connect with this target audience. 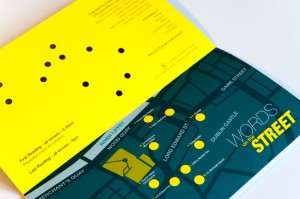 Challenge – On this occasion, ‘European Literature night’ was the event in question. In a nutshell, written works from twelve European countries were read in English by twelve Irish celebrities in twelve unusual venues in Dublin city for the first time – all FREE and all on one night over three hours (6.30-9.30pm on the 12 May 2011). Our task involved the promotion of the event through using direct marketing communications as a way to encourage Dubliners and visitors alike to engage with the event and give it their full support. In a dynamic city with so much going on, our challenge lay in capturing attention and getting visitors to attend as many readings in the allotted three hours as possible. 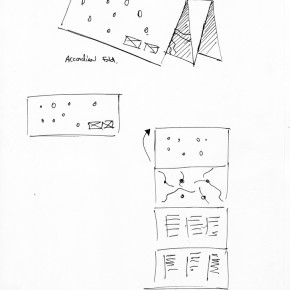 Work – Given the traditional nature of the ‘product’, we opted for traditional means or printed guides, posters and information. We developed a street map concept where the public were provided with a designated trail which would guide them through the Temple Bar West/Christ Church area of the city to the various venues including churches, museums, pubs or cafes. With just three hours, people needed a clear, user-friendly guide to nudge them around Dublin’s city centre. A considerable period of time was spent on developing the mechanics of the programme in order to make it as appealing and engaging to the reader as possible.

Adapting the theme of the ‘stars at night’, holes were drilled on the cover of the event brochure/programme and these stars indicated the locations of the readings on the page underneath which was a map. Within the remaining pages, readers would be given a flavour of each event with clear copywriting playing a role here.

Results – The night was a resounding success with packed venues throughout Dublin. With a hectic schedule, locals and tourists alike wandered the Temple Bar West/Christ Church area of the city with maps in hand looking forward to the next reading on their list. From a promotional perspective attendance numbers were great and the unusual nature of the brochure ensured it has emained a keepsake for many and a reminder of the special night in Dublin in May 2011.